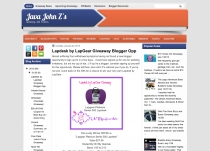 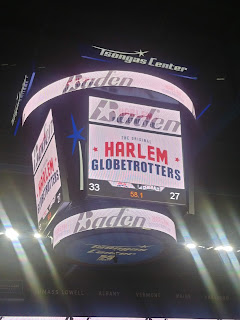 I just got back from watching the Harlem Globetrotters play in Lowell, MA. They're doing a fan powered world tour. The last time I went to a Harlem Globetrotters basketball game, Meadlowlark Lemon was the star, and I don't mean his return in 1994. It would have had to have been pre-1980s. After over 90 years since starting in Chicago in the 1920s, the team continues to be a great family entertainment option, where you can almost guarantee the team will win in the end. They did lose once back in 1971, so it isn't a total guarantee.

The Original Harlem Globetrotters are known for their amazing feats of basketball, humor, and acts of goodwill on and off the court. And they have always been about the fans, but this year, everything they do will bring fans closer to the action more than ever before. Join them as they celebrate fans during the all-new Fan Powered World Tour! There will be over 20 occasions before, during and after the game where you have the opportunity to directly interact with Globetrotters stars. Don't miss out - get your tickets today and save 25% off with promo code FUNFAM. 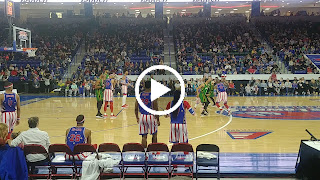 When you go see the Harlem Globetrotters, you are almost defintely not there to watch a basketball game. There are a ton of on-court antics from throwing water, feathers, and popcorn, to plenty of dancing for entertainment. More famously, they're known for their trick shots and a weave where they pass the ball around a lot around the hopeless Generals. It looks better when you view it from the front, from the side, it looks a little like controlled chaos. 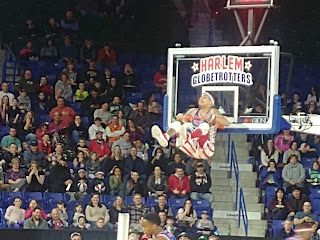 One of the funnier gags is a move to guarantee a blocked shot. A player, #40 Wham, stood on the basketball net. Then he was too scared to get down and had to eventually go through the hoop to get back to the ground.

I didn't count the total interactions with the audience, but the claim is at least 20 and it definitely seemed like that. Some included playing the Lion King theme and holding up a baby in the stands, to kids dancing and taking shots on the count, and a giving away basketballs and t-shirts to fans. 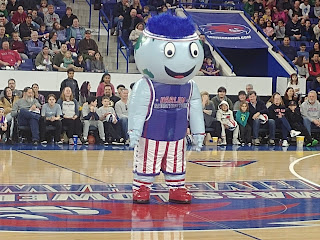 If the team hasn't come yet to an arena near you, check their schedule. Then, get your tickets today and save 25% off with promo code FUNFAM. There are three teams that travel around simultaneously, not just one, so don't be surprised if they are playing on the east and west coasts on the same day. Just find what's nearby for you. I don't know if there is a way to find out which of the team members will be present for any indvidual events. They'll always have a showman on the court at all times to help control the game flow. He's miked up and you definitely hear well what's going on. I believe all the showman are men. There have been women on the team since the mid-1980s but I believe they have all been positional players.
You and your family are almost guaranteed to have a great time. If the kids are noise-adverse, the games/activities can get really loud. And concessions aren't cheap, either, but that is not under the Globetrotters control. And another thing to watch out for... count the number of Globetrotters on the court at any given time. It seemed to vary from 5 all the way up to 7 actually. No wonder they win all the time.

SAVE 25% Off Any Game with Promo Code: FUNFAM at https://www.harlemglobetrotters.com/tickets
Leave a Comment
submit a review Join our blog team

Proud Member of The US Family Guide Network